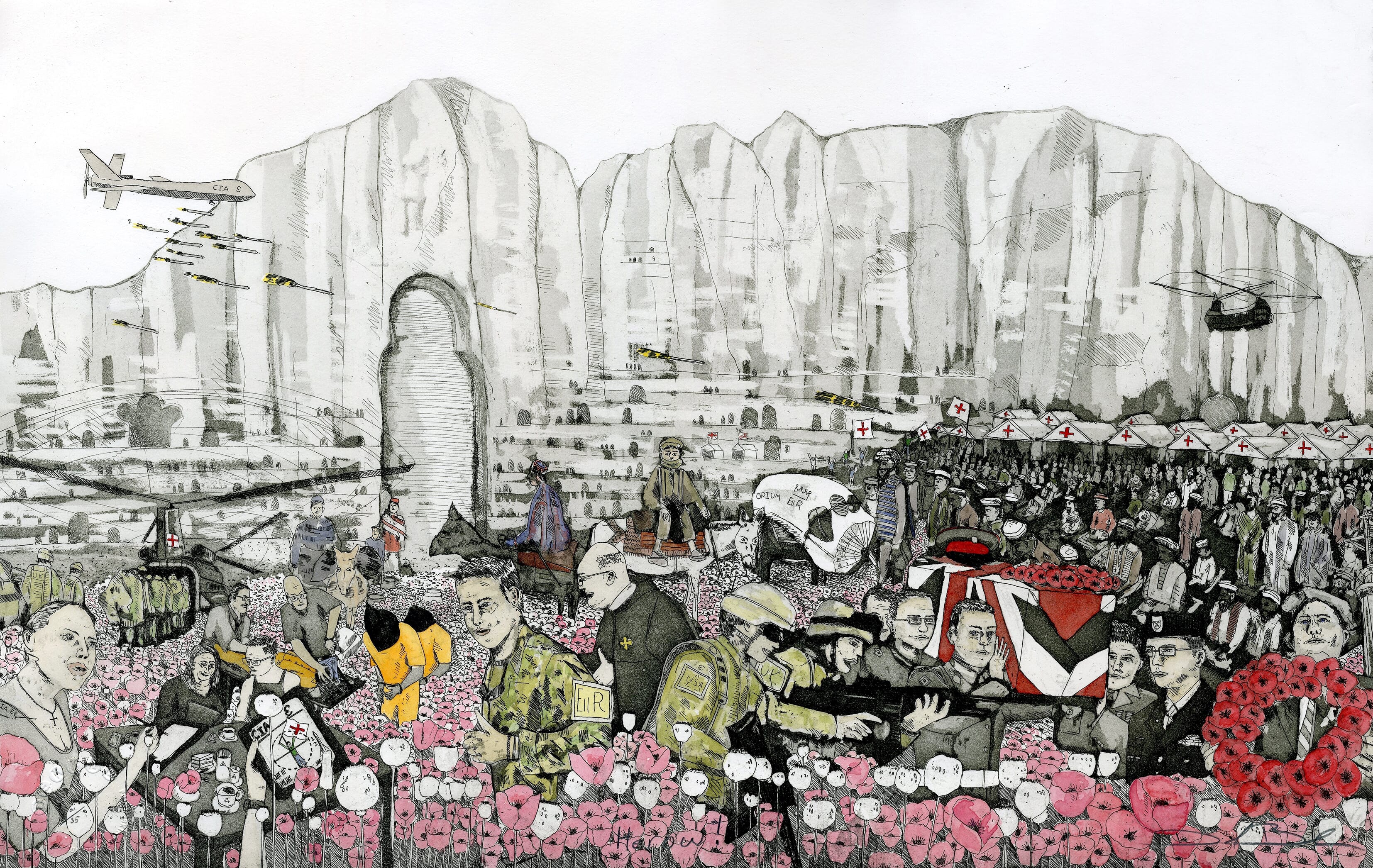 The war on terror in Afghanistan from the capitalist/colonial Empire invaders profiting on opium trade. The real people who have been convinced to fight are coming home in coffins and fighting for their lives against one of the most powerful war machines in history controlled from a coffee table with a iPad.

The public have been convinced they are fighting for democracy when it is just the oldest colonial Empire coming back again. The elites are winning on both sides, taxpayers money is paying for their weapons and they are controlling the legal opium trade.Edition Size: 35
Dimensions: W: 60cm H: 36cm
BFK 250g paper