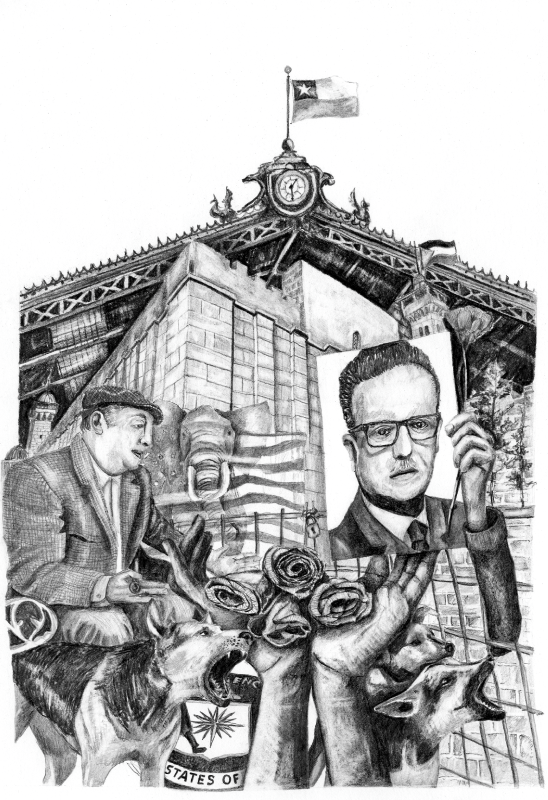 Neruda wrote his Song of Despair, here
his name was not his own. You, too,
changed names as the junta staged a coup,
hid your face behind masks of tears,
denounced your music as Communistic.

Allende, refugee from Gaza,
was killed here for our sins, some say
his own. Mothers searched for their sons
who fled to Antarctica to write poems
encrypting their timeworn words no tricky

dicks cut from Republican cloth
can decrypt, even though, to be fair to
Yankee ingenuity, your father said,
Pinochet’s mustache was made by the
CIA. You pawned your watch here to buy

flowers that wilted in your hands when
the gates remained sealed. Dogs barked
as dogs here did, as dogs in Hebron do
to alert sleepy girls of approaching
patrols, but in Hebron, gods shoot dogs

for their sport. Lost, confused, unable
to locate your home: where to start, end?
Here, you learned to trust all but yourself.
A million sad memories between
Gaza and Santiago. Poems you wrote

disappeared with the key to your hotel
room, where on a white cloth napkin you
penned your heart, folded it gently, placed
it in the nightstand: Poets should never die
twice, not even here in Santiago.