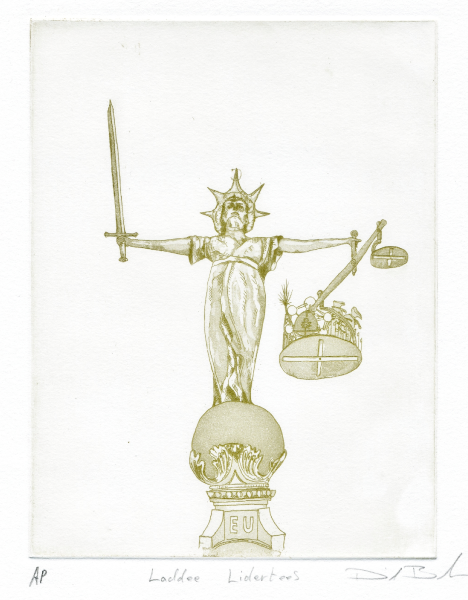 Government abuse of the justice system – now you can be arrested without evidence and be tried without a jury, the first time in 400 years since the last court case in Britain without a jury.

2010 became a milestone in British law gone backwards. Since I drew this picture, there have been another five cases in England where there were no jury involved.