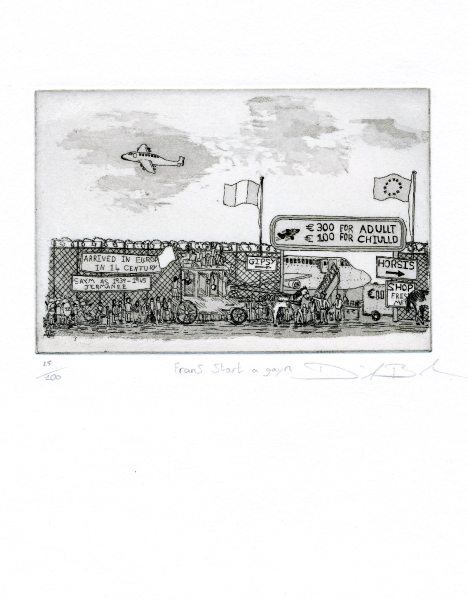 The French prime minister is paying gypsies to leave one part of the EU to go to another part. Since the Lisbon Treaty was signed and ratified, all sovereign states in Europe became one.

Therefore it is a bit like me saying to you, we don’t want you in this part of the country, we would like you in the north which is against every human rights law in the international world.

But then again, international law is only ever applied by the rich countries against the por.