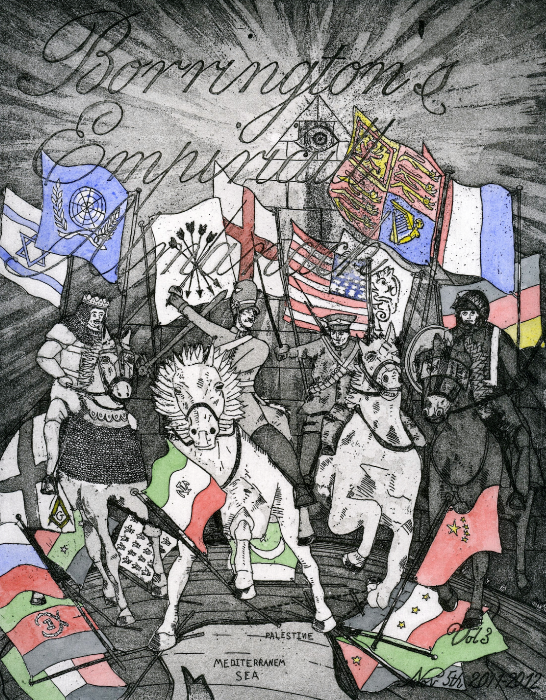 I started the third volume with the for apostles of the apocalypse, with them crashing over weaker sovereign kingdom’s. Unfortunately the British government “British colonial government” started the old tricks in Syria by sponsoring terrorists but more shocking to us in the West, the ongoing austerity measures which the unelected European Union are putting on to their citizens and the treasonous laws the UK and your pain parliaments Aryans are doing from passing Fracking, GM crops, military being used as police, protecting the bankers and probably the most dangerous to the British public is the Queens patriot act.