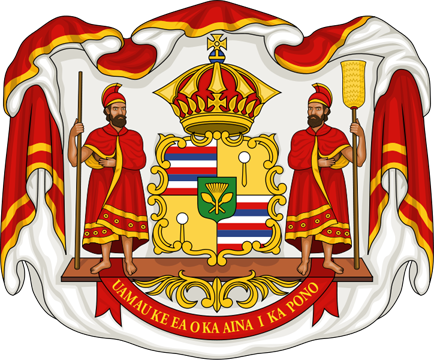 I have been lucky enough to have been given the opportunity to produce a illustrated history of the sovereign Kingdom of Hawaii by the current government.

This page will be updated with new artworks and research as the project moves forward. You can view my proposal below. If you have questions, comments or information that could further the historical accuracy of the this project, please do not hesitate to contact me.

Introduction
When I first heard of the history of the Sovereign Kingdom of Hawaii and her people I was horrified that I had not learned about this tremendous disregard for international law and basic human rights earlier. I asked myself why would such an inspiring story of indigenous peoples challenging corporate and imperial powers be so studiously ignored by the world’s media? It was only thanks to honorary Hawaiian citizen and civil rights activist, Ken O’Keefe that my interest in Hawaiian history first awakened. I was deeply moved by the passion in Ken’s voice when he described the struggle for Hawaiian independence moving from over a hundred years of American domination through – despite all odds – towards the reestablishment of a sovereign government.

Adding insult to the injury of American and other foreign domination is the continuing silence of the mainstream media who have been derelict in covering the injustices done to Hawaii. The wish to reverse this situation, to increase awareness of Hawaii’s history is one of my main reasons for undertaking this project. Moreover, I believe other oppressed and indigenous peoples around the world could also learn valuable lessons from Hawaii’s experiences – if only they knew about your history of using international law to establish legal and moral sovereign independence. In the future, I believe this struggle for sovereignty and independence will be repeated many times over because the Sovereign Kingdom of Hawaii has established importance legal precedences. Making your history, struggles and successes more widely known, will be an inspiration to oppressed peoples of the world. Learning from your knowledge and experience, they too can take positive steps to asserting their land, sovereign and human rights.

Just as the UN elevates certain historical sites to ‘World Heritage’ status, I believe the history of Hawaii’s struggle for independence needs to be recognised as being of unique importance in the struggle to win universal human rights. In this effort, I propose producing a large series of artworks that document for a wider audience, the history of Hawaii, the struggle against foreign imperial rule and ultimately, the reestablishment of a legitimate government. Imagery more than words, makes the universal concepts of freedom and justice instantly accessible and will hopefully inspire popular movements to persevere and win their inalienable rights back, too.

Mission statement
With advice and input from your researchers and historians, I would illustrate significant events that influenced Hawaiian history. My series of pictures will aim to capture the essence of Hawaii’s 2000 year old history, starting with the arrival of the first humans on the island who gave the Islands its uniquely independent Hawaiian culture. More recently, I would visually document the impact of imperial invaders, including Captain Cook and the humiliation that that brought. Other events such as the American treaties of 1826 until 1893 when the USA illegally landed soldiers on the islands right up to the current wrongdoing of the American government will similarly be pictorially documented. I will also focus on those who betrayed Hawaiian sovereignty and finally, show the steps leading to the ultimate goal of re-establishing an independent and legitimate government. My aim is to cover important historical events in image form which – just like an illuminated book, tapestry or scroll – will show the past, present and hopefully, the bright future of Hawaii.

When the artwork is completed, there will be a limited edition set which will be donated to the legitimate government of Hawaii and to nominated government offices on separate islands. It is very important to share this project with all the people of Hawaii, to remind them that the fight is never over, to remind them of what has happened and most importantly as a teaching method for the new generations of young Hawaiians.

The mission is to show not only the terrible history of foreign domination but also the heroic and intuitive way Hawaiians used international law to challenge a seemingly invincible superpower such as the USA. Hopefully I will be able to capture the spirit of Hawaiians and learn more about your culture as I create this artistic work documenting Hawaiian history in a hopefully more honest and sincere way than has been done before.

Art, culture and an awareness of history can help people endure even the worst occupation; I want to show – despite all the oppression – how the soul and spirit of Hawaii and her people remains proudly undefeated. Imagery can often explain concepts much more efficiently than words. They can get inside of you in a way that the written or spoken word cannot; people around the world would understand this universal struggle without needing a translator.

Research
It is important for the research reflected in my art to be historically accurate and as unbiased as possible. To this end, I would like to propose a panel of advisors who – if they are willing – could collaborate with me throughout this project. Candidates drawn from all walks of life could be researchers, experts in law or history, university professors, the current President and, if possible, Ken O’Keefe who has done so much to enlighten me about Hawaii’s struggle for independence.

I would like to visit important historical and cultural sites, such as the Hawaiian Royal household or the beach on which Captain Cook first landed etc. It would be informative for me to spend time on each Island learning about Hawaiian culture, such as talking to community Elders about their experiences and to get some insight into their way of life which I can portray within my drawings. I think it is very important for me to speak to as many people as possible from a wide spectrum of life, culture and politics to fully understand the effect foreign occupation has had on Hawaiians.

Artwork
The artwork will be produced by myself and printed at my Fine Art Studio Dekkle Printmaking Studio Ltd. The core idea would be to produce a large box set of limited edition copperplate etchings. Through history many nations have shown their heroic times through artwork such as the ancient tradition of “Emaki” picture scrolls in Japan. Many cultures have used a long, horizontal format to tell stories pictorially. Interesting examples include the classical Japanese “Emakimono” scrolls dating from the 12th century or the “Heiji Monogatari”, a war chronicle which contrasts with Europe’s Bayeux Tapestry later in the 13th century.

To my knowledge there is no modern State using artists in such a way and that is why this project could be unique as it would be the first contemporary history of a nation under occupation, visually documenting their epic struggle for the world to see. Because of the growing public awareness of and discontent with decaying western morals, neo-imperialism and catastrophe capitalism, it’s high time to expose the injustices committed on Hawaii by the powers behind American imperialism.
All of the images would be approved by the selected panel before being admitted in the final grouping of artwork. This would ensure that the work approved meets with a consensus opinion.

A commercially-printed book could also be published illustrating the limited edition box set with all of my artwork, together with explanatory notes and key points in Hawaiian history. This would allow the information to be disseminated across the general public as they would be able to handle and read their own copy, ensuring that they learn more about your history.

Conclusion
Nationally, I feel that this project could be important for raising citizen awareness as well as for the teaching of the real history of Hawaii in Hawaii. Internationally, because the sovereignty of nation states has never been under more threat than now, a greater knowledge of the legal steps that Hawaii is taking is vital for encouraging other peoples achieve their independence while reinforcing the sanctity of sovereign nations. This is why I feel that this artistic project illustrating your history is a valuable key, unlocking the knowledge of sovereign rights for nations standing up for justice around the world.

I would be honoured to learn more about your culture and history in Hawaii, to be given this opportunity to record your country’s struggle against foreign interference and control. Working alongside Hawaiians, this project would bring the the history of Hawaii to wider audience using an ancient, visual artform in a modern way.