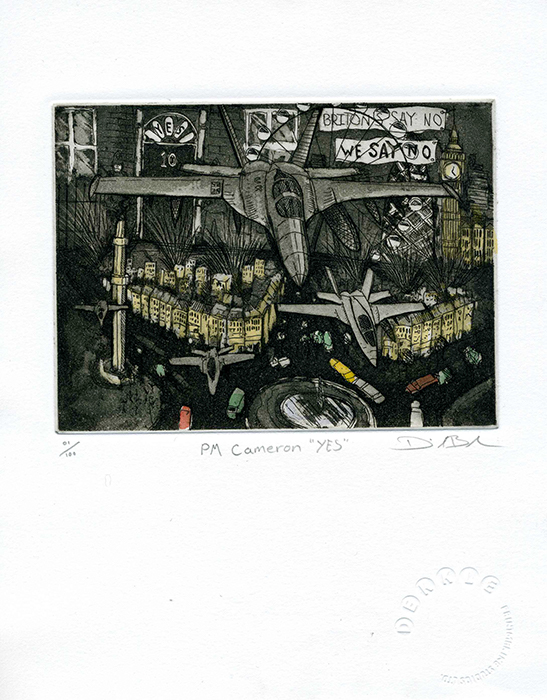 PM Cameron “YES”
UK pilots authorised to bomb Syria without democratic sanction.
Freedom of Information shows that the UK has been involved in airstrikes against Islamic state within Syria for quite some time. The UK has been using pilots that are embedded in United States and Canadian air force fighter units.
This is a direct attack on British sovereignty as well as Syria. PM David Cameron was a fully aware of this military action. War of Aggression under the Nuremberg Trials states that the waging of an aggressive war “ is essentially an evil thing. To initiate a war of aggression is not only an international crime; it is the supreme international crime.” This means our Prime Minister is personally responsible for everything which happens next.
Our responsibility would be to use our power of Impeachment on the PM.